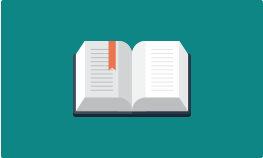 When animals eat these plants (or eat other animals which have eaten plants), the sugars produced by the plant are used by the animal.

Food is any substance, usually composed primarily of carbohydrates, fats, water and/or proteins, that can be eaten or drunk by an animal or human for nutrition or pleasure.

Many cultures eat seaweed, a protist, or blue-green algae (cyanobacteria) such as Spirulina.

Additionally, salt is often eaten as a flavoring or preservative, and baking soda is used in food preparation.

Many plants or plant parts are eaten as food.

Many plants have evolved fruits that are attractive as a food source to animals, so that animals will eat the fruits and excrete the seeds some distance away.

Some botanical fruits, such as tomatoes, pumpkins and eggplants, are eaten as vegetables.

While some food can be eaten raw, many foods undergo some form of preparation for reasons of safety, palatability, or flavor.

A meal is made up of food which is prepared to be eaten at a specific time and place.

Many individuals limit what foods they eat for reasons of morality, or other habit.

Bacteria can grow in the thawed portion of prepared foods, releasing toxins that are not safe to eat even after cooking.