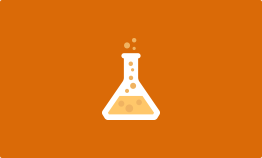 When a piece appears to have a changing time-feel, it is considered to be in rubato time, an Italian expression that indicates that the tempo of the piece changes to suit the expressive intent of the performer.

For example, a disc jockey uses disc records for scratching, and some 20th century works have a solo for an instrument or voice that is performed along with music that is prerecorded onto a tape.

Most karaoke machines also have video screens that show lyrics to songs being performed; performers can follow the lyrics as they sing over the instrumental tracks.

It is often taken to mean the « natural environment » or wilderness – wild animals, rocks, forest, beaches, and in general those things that have not been substantially altered by human intervention, or which persist despite human intervention.

Earth has evolved through geological and biological processes that have left traces of the original conditions.

The atmospheric conditions have been significantly altered from the original conditions by the presence of lifeforms, which create an ecological balance that stabilizes the surface conditions.

The highly energetic chemistry is believed to have produced a self-replicating molecule around 4 billion years ago.

Land-based plants and fungi have been part of nature on Earth for about the past 400 million years.

These have needed to adapt and move many times as the continents and climates changed.

Since the Cambrian explosion there have been five distinctly identifiable mass extinctions.

Weather can have both beneficial and harmful effects.

Surface vegetation has evolved a dependence on the seasonal variation of the weather, and sudden changes lasting only a few years can have a dramatic effect, both on the vegetation and on the animals dependent on its growth for their food

Based on historical records, the Earth is known to have undergone drastic climate changes in the past, including ice ages.